Next in line is AURORA's version of the Sentinel of Liberty: Captain America. Created by Joe Simon and Jack Kirby, Steve Rodgers fought the Axis in the Comic Books through WW2 and was adopted and reanimated by Marvel Comics in the early 60ties. There he joined the Avengers again fighting for peace, justice and against the Communist threat...
The original issue of that kit came in 1964 with Box art by Neal Adams (aping Jack Kirby). The pattern for the figure was created by Ray Meyers, with Kirby's powerful dynamic artwork in mind. The neck is a bit short and the shield hides much of the figure, making the kit tough to photograph.
This build up was made from the Comics Scenes reissue of 1974 which has three parts missing in Action: The nameplate and the watersplashes. The wonderful box art and the Comic Book included was done by "Jazzy" John Romita Senjor. I went with bright colors painting the kit, not too much shading, a too realistic approach doesn't work on Comic Book Heroes at least for me). The kit was reissued by Polar Lights in 2003, now in 1/8 scale instead of 1/12 scale and three different heads to choose from. 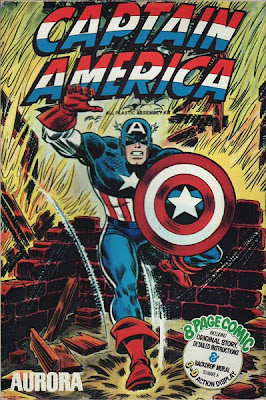 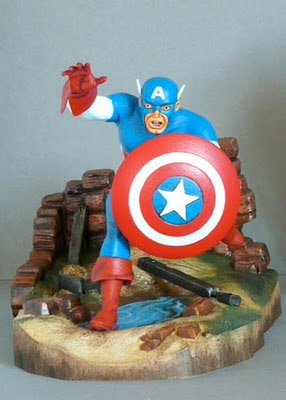 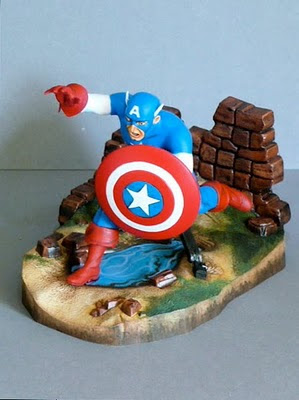 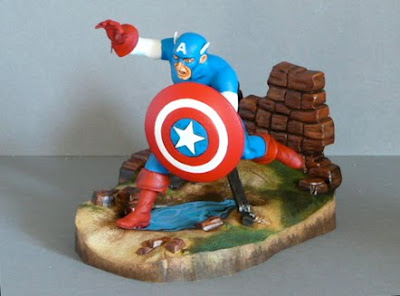 Today is time for »panem et circenses« in the Colloseum in ancient Rome: Aurora's »Spartakus« figure kit from 1965. It was first offered in 1959 without the detailed base and some lackluster boxart. Instead of naming him on the kit as advertised on the box they kept the generic nameplate saying »Roman Gladiator, 220 A.D.«. Here is a picture by Shadowland Collectibles ( who have one for sale) of the kit pats and the original box with wonderful artwork by Mort Kunstler: 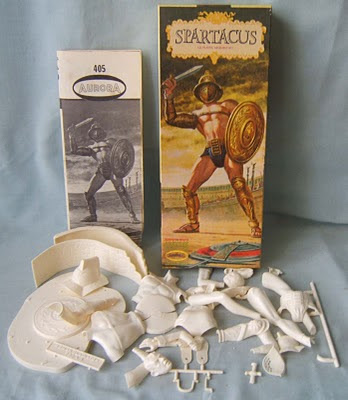 Well, after watching the terrific TV -series »Rome« from HBO and its blood soaked Gladiator episode, I decided to give him a more battle damaged look. The gory details on the base made the decision easy, the servered hand suggest a hard fight already in progress....
I found this kit, partly assembled, but practicly unpainted in a lot of build up Aurora kits. To my amazement it was complete as well....
But for now: "Ave, Imperator, morituri te salutant"! 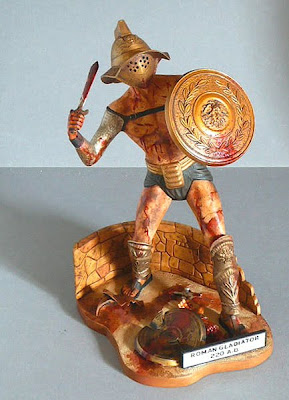 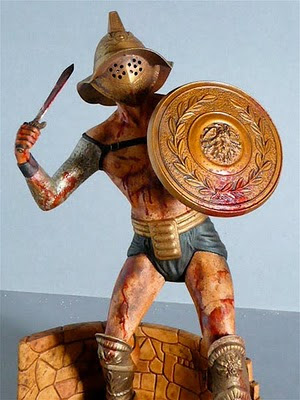 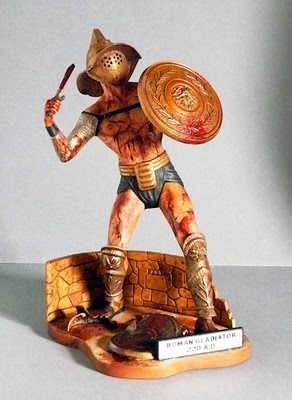 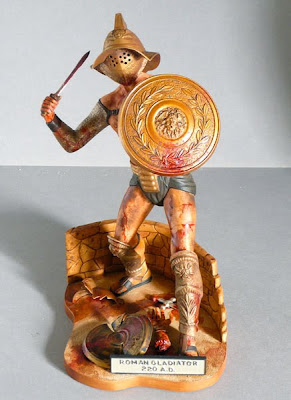 Fantastic Plastic! Part one out of five....The Batman!

In the upcoming week I'll be posting some »Classic Plastic« model kits from the swinging sixties. The first entry is everyone's favourite crimefighter: The Batman.
Created by Bob Kane and Bill Finger in 1939 he hit new heights of popularity in 1965 due to a sucessful TV-Series. Aurora released their first model kit devoted to Batman in 1964. The kit came within a box measuring 7"x13" with box art by Carmine Infantino. 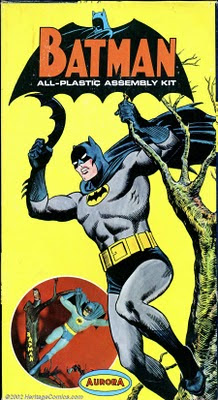 The model features the Caped Crusader grabbing onto the limb of a dead tree and using it to swing forward, preparing to release his Batarang with his other hand. A pair of bats flitter about a small tree stump nearby supervised by an owl on the tree.
Their first kit release came before the Batman TV show aired in 1965, but would be re-released to capitalize on the popularity of the show.
This kit was re-issued in 1974 as a part of Aurora's Comics Scenes line, with a different box sporting new artwork by Dick Giodarno and containing a free comic, including an backdrop to go with the model for a diorama effect. The owl and name was deleted from that reissue, the chest symbol was replaced by an decal.
This build up was made from: 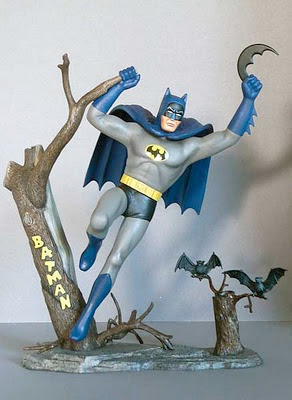 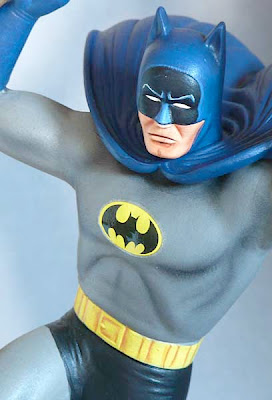 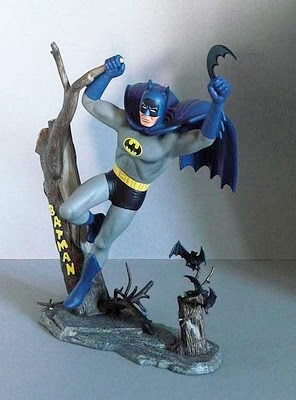 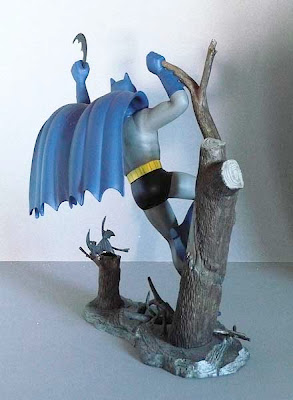 Finally, recreated with Photoshop, the »outstanding« diorama effect with the backdrop provided with the 1974 reissue.... 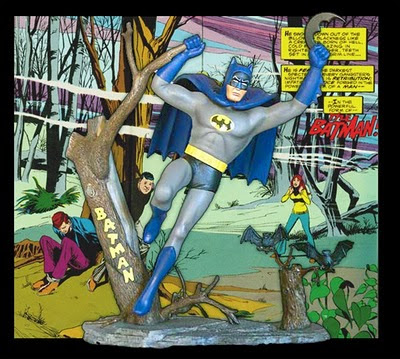