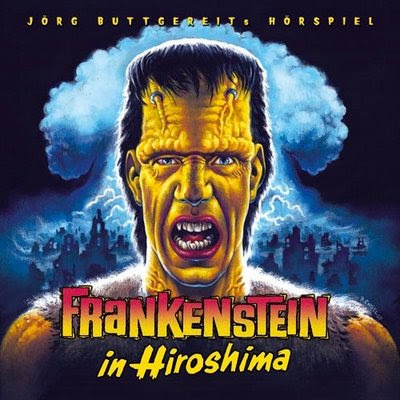 This is the cover of the CD featuring "Necromantik" director Jörg Buttgereit's radioplay homage to Toho's giant monster movies: "Frankenstein in Hiroshima". It's based on Honda's "Frankenstein conquers the world", one of the most ridiculous and entertaining movies ever. I used Buttgereit's actual face as a template for the illustration (with the cover of Famous Monsters #39 in mind) and recreated some vintage advertising material mimiking a German release of the movie for the CD inlay card as well.
Anolis Film released the radioplay as an CD extra for some DVD release not long ago. This is the CD label... 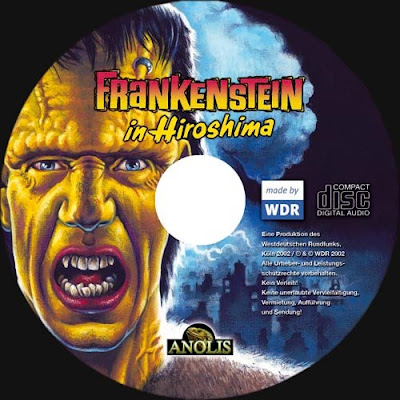 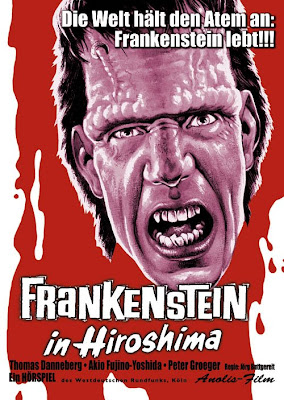 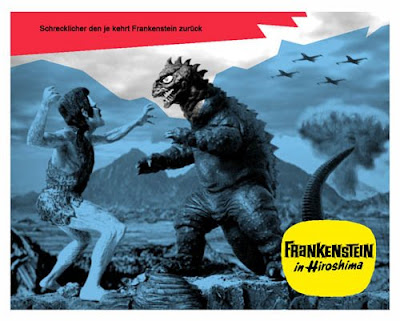 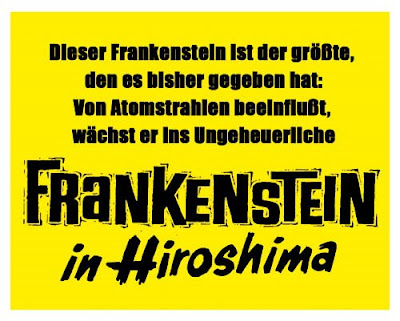