"Sing her a song or... even better, go recite a selfmade poem!" 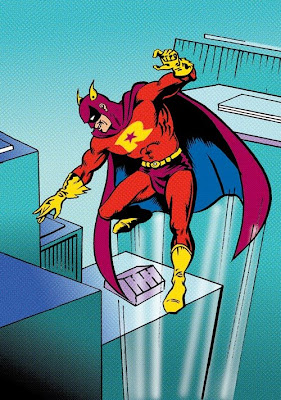 This is Captain Red - he is the Comic Book Superhero from an alternate reality called Berlin-Neukölln. It's the place where the Indie movie "Videokings" takes place. Throughout the movie there are certain references to the character: He appears as a (broken) figurine, a TV shopping channel mascot and finally he allows (played by Til Schweiger) the protagonist having a love life by providing him stupid tips..... 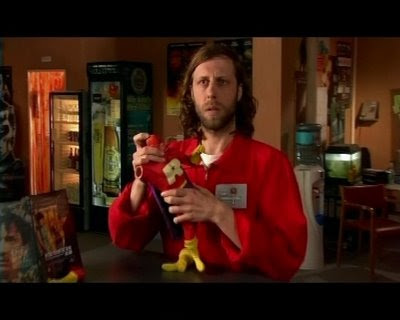 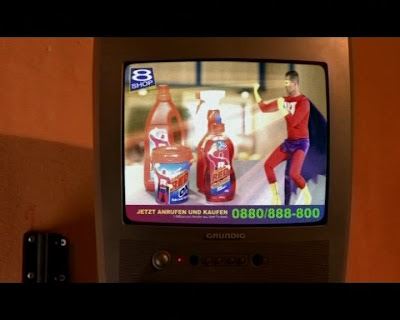 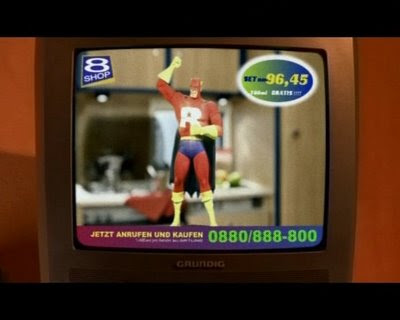 I created the costume for Captain Red and kitbashed an Horizon Captain America model kit into a prop for filming (Oliver Korritke tries to put him back together). The lables for the products were also done by me together with the mock up of the vintage cover (based on "Superman#1") for his imaginary first issue. It was printed as a poster and also intended as a prop, but the scene ended up on the cutting room floor... 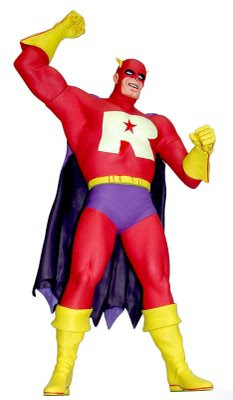 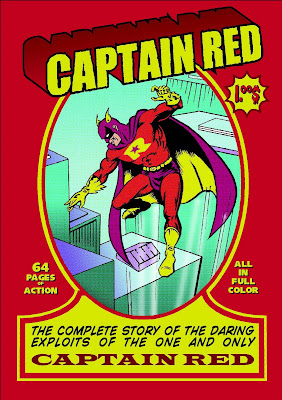 The illustration was done in pen, brush and ink and colored with Photoshop using the vintage "dot" filter to achieve the retro look.... 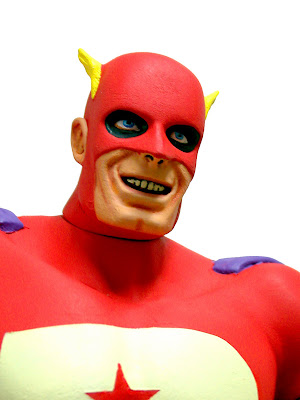