More Giant Monsters from the far east: Gomess of Ultra-Q

Billiken is one of the pioneer GK Companies, since the late 80ties they producing topnotch vinyl models of American and Japanese Movie/TV characters. I this case here it's Gomess of the vintage Nippon TV series "Ultra-Q". He starred in the first episode. Looks familiar, don't he? He was made from an old Godzilla costume, SFX wizard Eji Tsuburaya wanted to save some serious Yen and just redecorated an old suit he had lying around.
Billiken's model kit is spot on, detailed and even the rubber suit feeling is still there. Painted with acrylics and Airbrush. 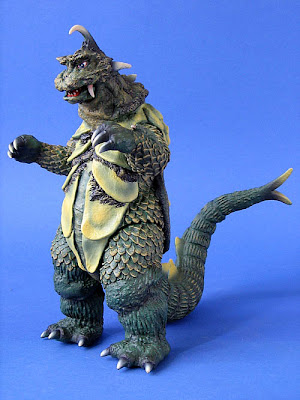 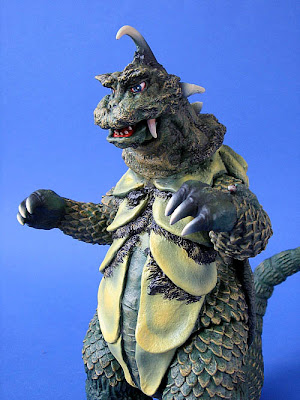 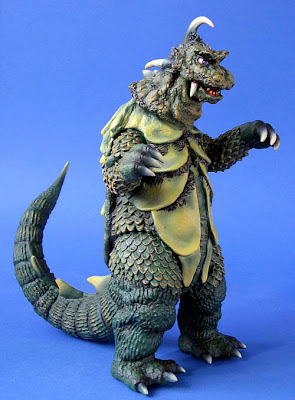